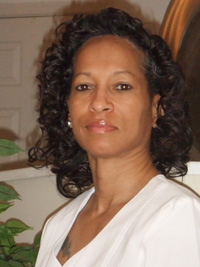 Loretta Thorpe, COVID-19 fully vaccinated, a native of Delaware, has worked in Corporate America for over 30 years and has more than 21 years of barbering, over 10 years of skin care and 18 years of manicuring experience.

Loretta decided to further her education to pursue a technical trade after being laid off while raising small children as a single parent in past years. She attended the Maryland Barber School Fila Academy in Glen Burnie, MD on scholarships awarded by the Maryland House of Delegates and the Maryland Senatorial Scholarship Committee in Annapolis MD in 2000.

Loretta resigned from Corporate America in September 2007 and step out on faith to pursue her passion in barbering full-time. It is this passion that has evolved into the concept of Totally 4 U, LLC that drives her to further excellence in providing the ultimate customer service experience.

While continuing to push towards excellence in personal services, Loretta undertaking additional training in January 2011, Loretta attended the Steiner Group of Esthetics/Skin care program in Linthicum, MD graduated with honors in August 2011 and became a Licensed Esthetician in October 2011.

Loretta was awarded VIP Woman of The Year in 2014-2015 for Outstanding Excellence and Dedication to Her Profession and the Achievement of Women in August 2015. She was awarded certificates in the following: Bioelements Certified Age Activist in September 2017, Advance Nail technology training, March 2019 and Certification of Achievement in the Footlogix Continuing Education Program, September 2019, Commissioned Notary Public of the State of Maryland, October 2020. Certified Notary Public September 2020. Loan Signing System January 2021.

Loretta gives back to the community. She received a Certificate of Appreciation from Hearts and Homes for Youth by providing free haircuts to young men who overcame adversity due to abuse, neglect, and homelessness. November 2016, Loretta provided free haircuts to the less fortunate at Ridgely Run Community Center, Jessup MD. September 2018, and was awarded a plague for participating in the 2018 Baltimore/Washington Motorcycle Charity Ride, Ellicott City, MD for children with brain tumors in honor of her client Darren Powell raising $2,834.